With the $1 trillion bipartisan infrastructure spending bill coming closer to realization, many businesses and state governments have been asking the question: How much will my state get?

The map below tries to answer that question. While the map provides a quick snapshot of proposed state-by-state infrastructure allocations as of 8/4/21, we’ve also provided links to each state’s White House Fact Sheet. The fact sheets provide detailed information on the planned allocations for roads and bridges, improved transportation including electric vehicles (EVs), clean drinking water, cybersecurity, and more. 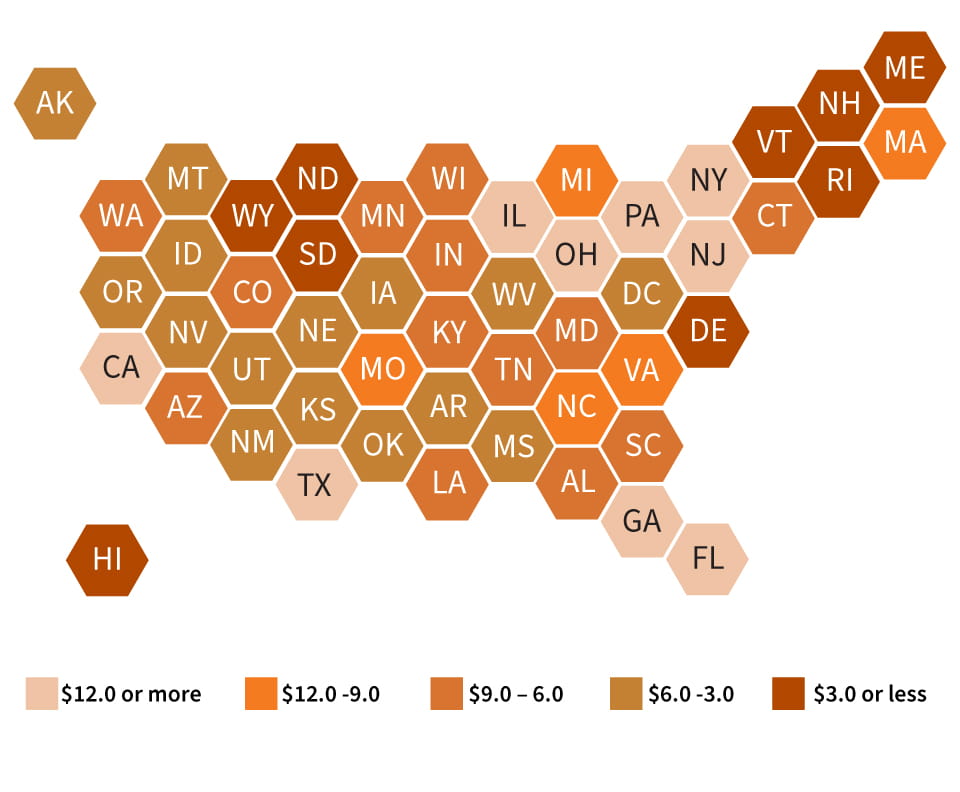 This has been prepared for information purposes and general guidance only and does not constitute legal or professional advice. You should not act upon the information contained in this publication without obtaining specific professional advice. No representation or warranty (express or implied) is made as to the accuracy or completeness of the information contained in this publication, and CohnReznick LLP, its members, employees and agents accept no liability, and disclaim all responsibility, for the consequences of you or anyone else acting, or refraining to act, in reliance on the information contained in this publication or for any decision based on it.
Share
Jack A. Callahan
CPA, Partner - Construction Industry Leader
View full biography
Contact Jack
Kristen Soles
CPA, Partner - Managing Partner, Advisory - Global Consulting Solutions and Government Contracting Industry Leader
View full biography
Contact Kristen
Jeremy Swan
Managing Principal - Financial Sponsors & Financial Services Industry
View full biography
Contact Jeremy
Inside Infrastructure: U.S. Infrastructure Plan Resource Center
Learn more