New York, NY – CohnReznick LLP, one of the leading U.S. advisory, assurance, and tax firms, donated a total of $150,000 through funds raised at the CohnReznick Foundation’s 28th Annual Golf Invitational, held on September 3, 2019, at Liberty National Golf Club in Jersey City, NJ. The donations were given to the Joe Torre Safe At Home Foundation and Special Operations Warrior Foundation (SOWF).

Longtime supporter Capital One Commercial Banking returned as this year’s presenting sponsor of the annual outing, which hosted more than 100 golfers and special guests. Quattuor Capital Partners of Raymond James also provided major funding for the event as they have for the last several years.

Joe Torre, MLB’s Chief Baseball Officer and chair of the Joe Torre Safe At Home Foundation, joined in the morning’s festivities and said a few words about his foundation during the opening ceremony. Following a picture-perfect day of golf, guests enjoyed one of the event’s annual highlights, a $10,000 shoot-out among eight teams, and then moved to the evening ceremony, which featured speakers from each of the benefiting charitable organizations and silent and live auctions.

“It’s our privilege to host this event each year and, with the fantastic support of our clients and friends in the business community, give back to these worthwhile causes and the thousands of young people that benefit from their hard work,” said CohnReznick CEO Frank Longobardi.

The annual event raises critically needed funds for organizations that advance CohnReznick Foundation’s central mission to support children in need. SOWF provides college scholarships, financial aid, and educational support to the children of fallen Special Operations personnel. The Joe Torre Safe At Home Foundation is devoted to ending the cycle of domestic violence. Over the last 10 years, the CohnReznick Foundation has donated over $2 million to these two charities. 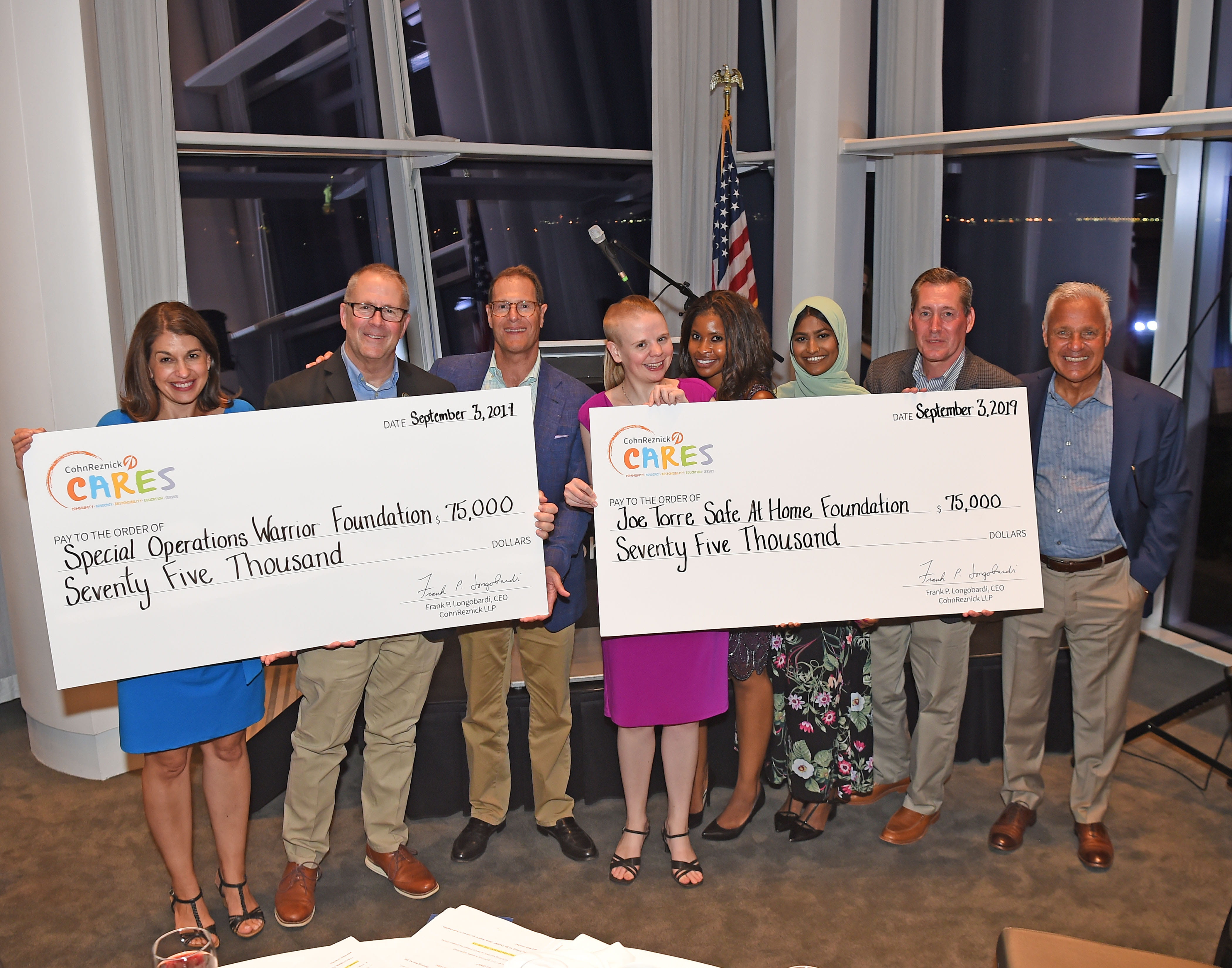