Bridging the gap in public infrastructure funding with P3s

Federal, state, and local officials are faced with addressing vast infrastructure needs in order to better serve their citizens, but they are continually challenged when it comes to funding these projects. To help bridge the gap in public infrastructure funding, a public-private partnerships (P3) can offer a solution. The key is to demystify how P3s work and understand the true value they bring for both industry and government.

The National Council of Public-Private Partnerships defines a P3 as:

"A contractual agreement between a public agency (federal, state, or local) and a private sector entity. Through this agreement, the skills and assets of each sector (public and private) are shared in delivering a service or facility for the use of the general public. In addition to the sharing of resources, each party shares in the risks and rewards potential in the delivery of the service and/or facility.”

In addition to funding, a P3 brings expertise, experience, creativity, and innovation to a public project, which can include many types of infrastructure, including:

In a P3, the private sector acts as the specialist builder, and the public sector acts as a generalist that can serve a wider range of citizens’ needs.

P3s generally involve two parties: a private entity that believes it can recoup its investment with a profit; and a public partner that believes that the private sector can build a project better, more quickly, and, in the long run, less expensively than the government. Both parties need to perform due diligence that includes cost-benefit analyses, the results of which are melded – with other fiscal matters – into a financial model that serves as a key element of the framework for the partnership. 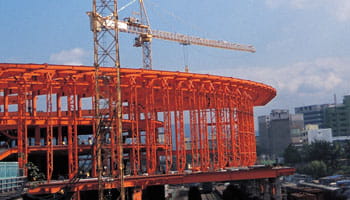 The sectors’ analyses take into account each funding option. Categories compared include:

The differences in the various analyses are called Value for Money (VFM), which help in determining the best option to choose.

The analyses and resultant financial model include financial and economic assumptions to forecast future costs of the project and impact on its revenue stream.

Other parts of due diligence include the public’s determination of the potential private partner’s ability to perform its investing, construction, maintenance, and operation roles and the private sector’s determination that the effort will project enough revenue to recoup the investment with a profit.

Due to the complexity and sophistication of the model, private and public partners often hire experienced consultants to help determine feasibility parameters to help drive decision-making.

Fair agreement for both parties

Some forget that the third “P” in a P3 stands for partnership. Without transparency in negotiations between the public and private partners, a P3 can face challenges such as public perception, negative local press coverage, and other citizen concerns.

The agreement must define such things as:

The agreement can also include a payment schedule that coincides with and is driven by performance metrics. Ideally, the long-term agreement between a private partner and a public partner should not be influenced by the electoral process. Ultimately, the agreement should make both partners winners.

An understanding of risk assigned to each party

While oversight is intended to determine and mitigate fraud, waste, and abuse, it’s understood that the private sector is unlikely to defraud itself, waste its money, or abuse its own performance. Specialists are often hired to oversee contract and compliance, construction performance, and aspects of maintenance and operation standards over the lifetime of the contract. This oversight can help drive payments, which are required to meet overall performance metrics for the private investor.

With origins outside the U.S., P3s have begun to take hold within our own boundaries. Examples include a $4 billion renovation of LaGuardia Airport overseen by CohnReznick, the Silver Line construction on the Washington (D.C.) Metro, a toll road system in Texas, and a package to replace 558 bridges in Pennsylvania.

Infrastructure construction and repair in the U.S. will demand creative funding. States and other governmental entities indicate they are aware of that demand as they develop mechanisms to regulate P3s. 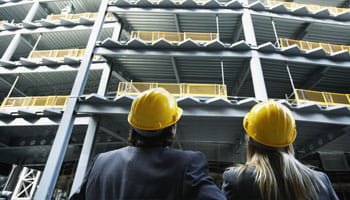 An increasing number of states are adopting P3 laws and regulations

Generally, states regulate P3s on the state and local levels, and more states are now following suit. According to Inframation Group, only 12 states had P3-enabling legislation in 2007. That number has grown to 33 today and continues to increase.

A 2017 federal government infrastructure plan indicated that $1.5 trillion in funding was necessary in the U.S., with $1.3 trillion of that funding coming from state and local sources, further reinforcing the need for P3s to help bridge this gap.

Elements such as VFM will help public officials further embrace public infrastructure projects. By using new value elements, the public sector can better determine when a P3 can help them address a need.

The popularity of P3 funding options is increasing. A Governing Institute study indicated that 32 percent of respondents are currently using, have used, or plan to use P3s in the future. Other studies indicate that as many as 90 percent of those who have used P3s would do so again.

In a growing number of cases, necessity is driving that use, and education in P3s can help the public sector to address the vast number of infrastructure challenges that we face today.

This has been prepared for information purposes and general guidance only and does not constitute legal or professional advice. You should not act upon the information contained in this publication without obtaining specific professional advice. No representation or warranty (express or implied) is made as to the accuracy or completeness of the information contained in this publication, and CohnReznick LLP, its partners, employees and agents accept no liability, and disclaim all responsibility, for the consequences of you or anyone else acting, or refraining to act, in reliance on the information contained in this publication or for any decision based on it.
Share
Email Linkedin Twitter Facebook
Frank Banda
CPA, CFE, PMP, Managing Partner – Government and Public Sector Advisory
View full biography
Contact Frank
Jack A. Callahan
CPA, Partner - Construction Industry Leader
View full biography
Contact Jack
Inside Infrastructure: U.S. Infrastructure Plan Resource Center
Learn more
3 Keys For State & Local Governments To Navigate Complexities Of Infrastructure Projects
Learn more